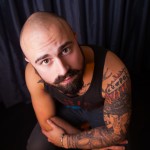 Tattoos are a way for me to express myself, in 25 years of existence this has been something I have struggled with. My name is Adam Alfonso, while I haven’t necessarily lived a normal life it isn’t altogether abnormal. I was asked to write a bit about myself, because I am perceived to be someone other than a criminal or miscreant who enjoys body art. Oddly enough, this is something my generation is filled with, I just so happen to be in the right place at the right time for this opportunity.

Born July 10th, 1988 in Spokane Washington I was born into a house not a home. Which it turned out 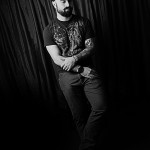 shaped a big part of who I am. My dad and mom had three children together, but never married and never had the intentions to. Living with my mom up until I was five, the courts then decided to put us in the custody of my father. Retrospectively, it turned out for the best but at the time all I could see is my mom taken from me, the world was to blame. My dad eventually married a wonderful woman named Suzette, who I never learned to appreciate until years later. I resented everything, I learned to love misery and my own company. I always felt slighted, maybe sometimes I was but a lot of times it was my own seclusion. Feeling alone gave me strength, strength I now possess. I never relied on anyone or expected help; if I couldn’t do it alone I wouldn’t do it at all. 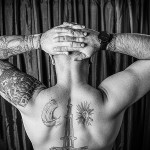 I carried the same chip into high school. It made making friends difficult, keeping friends even harder. Up to that point I kept all my emotions, opinions and even thoughts contained. Instead, I agreed with my dad on all points, his opinions became my opinions, his thoughts my thoughts. Eventually I figured out I could think for myself. I spent a large portion of my childhood and adolescents reading books by Louis L’amour. He was my spiritual father of sorts. I learned many valuable lessons from his works; such as quietly observe, knowledge and information are power, stand up for what is right and no matter how many times you get knocked down, always get back up. The very fabric I am made up of is an impossible standard of fictional characters he wrote about.

A lot of the resentment I had as a child stuck with me to adulthood. It was the primary reason I chose to join the marines. 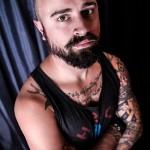 During the start of my senior year, my dad and step mom came to me and said I would have to pay for my own college. It was fuel to the fire of my burning prideful resentment. About a month later, I received a phone call from a marine core recruiter. Seeing as I was only 17 I had to con my parents into signing me up. At this point in my life I had been subjected to so much manipulation and lies, turning it back around was second nature. Needless to say I was enlisted that November. The primary purpose of enlistment was to defy my parents; it ended up being one of the best bad decisions I have ever made. The core set a standard for me that was close to my own personal standard. The fable fictional character could in fact exist. The Marine Core gave me the backbone to be my own man, to not cave to what others justify as acceptable, but to take a path less traveled. Now, don’t get me wrong, I have made numerous mistakes. What I am referring to 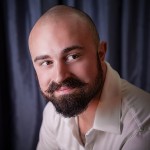 is the ability to hold myself accountable, for my actions. To not blame someone or something for my error in judgment; I control myself, the things I do and the things I fail to do.

Maybe a strong will is part of my genetic code, maybe I learned it from the cowboy novels I read, either way it was most definitely honed by the USMC. The tattoos I have are a way for me to tell people about myself with out speaking a word; everything I display on my body symbolizes these trials and tribulations. I’m 25 years young and there’s still a lot of story yet to unfold.