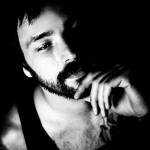 As the standard introduction goes, my name is Jeremy Welch and I am 29 years of age. I was born in Portland, OR where weird takes center stage and there is really no such thing as an outcast. I will not go into detail about my childhood as everyone experiences a variety of trials and tribulations. Suffice it to say my family life was better than some but not as good as others. My parents have been married for almost thirty years and there is no end in sight. The only thing I can truly say about how my parents raised me and my siblings is that they did the best they could. Everyone has dark spots in their childhood but that is the past and nothing can be done to change that.

To break the stereotype from the start, I have never been to jail, convicted of any crime, or used any illicit drug…even marijuana. I did not even partake in alcohol until after I had graduated from high school. I owe my abstinence to my friends; the foundation for my character. If it had not been for the core group of kids I spent the majority of my teenaged life who knows what path I might have taken. They showed me that peer-pressure holds no power when you have friends that will stand with you. 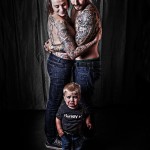 I received my first tattoo at 18 with the support of my parents. They had both recently received their first tattoos and were excited to introduce me to their artist. I picked a piece of flash off of the wall that fit the criteria of being both cheap and tribal (tribal was still relatively cool in early 2000). I had them place it on my right shoulder so I could easily reveal it in-between class periods. Like most first-timers I immediately become hooked on tattoos. I was born with no say as to what my physical appearance would be but a tattoo is something I have control over. I can say what it is, where it is, and what it means.

Shortly after graduating high school I enlisted in the U.S. Air Force because like some I felt an obligation to give back to my country during a time of crisis…and the idea of going into debt to get an education did not appeal to me. After training, I found myself with an expendable income and that went straight to feed my ink habit. My tattoo coverage was slowed by the rules and regulations of the military; I had to decide between career and being myself. Anyone who has served knows that for some reason your integrity and ability to lead is directly correlated to the bareness of your skin. 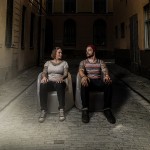 In early 2012 I found myself attracted to a beautiful woman who had a menagerie of tattoos and, as luck would have it, went to the same artist that I did! This was discovered after we showed interest in each other. Shortly after our meeting, she became pregnant and I was diagnosed with Acute Myeloid Leukemia; I know, I know, the same sappy love story you read in books and see in movies. After five intense rounds of chemotherapy I went into remission after over 10 years of military service I was medically discharged. My tattoo adventure can continue with only self-imposed constraints.

The idea that in today’s world tattooed individuals are still stigmatized is ridiculous. The looks my wife and I receive while we walk with our son around town are teeming with judgment. My wife and I are successful, intelligent parents who love our son and want to raise him in an environment where judgment comes only after truly knowing someone. It is no longer acceptable to judge someone based on their skin color but it is still ok to judge them by what is on their skin. 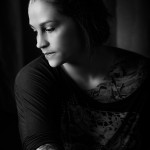 Hello, my name is Callie Hanover. I was born in Twin Falls, Idaho, December 6th, 1985. I lived in the extremely small town of Buhl, Idaho until I was seven. At that time, we moved to Meridian, Idaho and then on to Emmett, Idaho a year later. That is where I call home. I graduated from Emmett High School in 2004. I spent most of my time participating in sports such as volleyball, track, cross country and auto shop. Summer between junior and senior year, I went to see an Air Force recruiter. I joined the Delayed Entry Program (DEP) that summer. I was slotted to leave for Basic Training three weeks after I graduated high school. A week before, I got bucked off my horse. I tore my ACL and dislocated my knee cap. I, then, got medically discharged from the DEP. I got my first tattoo on my 18th birthday; a sun with my initials in the center of it. After a year of recovery from two knee surgeries and four tattoos later, I decided to reattempt to join the military. After receiving a waiver for my knee surgeries, they agreed to take me. I left for Basic Training on November 21st, 2005 to pursue my dreams of becoming a Jet Engine Mechanic. During technical training, I got my eagle wings; a tattoo that covers the majority of my back. The majority of my tattoos symbolize my life to include my family. My family is the most important thing to me in life.

I have an older brother, Kota, a twin sister, Janica and a little sister, Shalako. They are three of my best friends. My left sleeve is dedicated to my family. My right sleeve is dedicated to the trials and tribulation in life, my favorite place in the work, Red Fish Lake; Stanley, Idaho, and my husband, Jeremy Welch. My chest consists of a South Carolina beach for my Little Sister (from Big Brothers, Big Sisters), Alliayah Rosado and my son, Arkadeon Welch’s hand print. My left side has my name down it and my right side has a cherry tree; Emmett is known for their cherry orchards. My lower back has the sheet music for the song my mother used to sing us growing up; One Tin Soldier. My right calf has a four leave clover and a broken star; my broken luck. My left foot has a flower with a trinity symbol in the center. My two sisters have this tattoo as well. My right foot has a “C” and a “J” for Callie and Janica, which makes a heart and has my twin sister’s fingerprint in the middle of it.

My tattoos are the story of my life; where I have been, things I have done, and the important people in my life that have helped shape me into the women I am today. At work, I keep my tattoos covered with my uniform. I encounter people all the time that thank me for my service. Yet, when they see me in jeans and a t-shirt, I tend to get “the look”; you know what I am talking about. It is definitely more noticeable now that I have a son. He was born in November, 2012. The last two years have been interesting, seeing people react to a woman covered in tattoos carrying around a child. You can tell by the looks on their faces, they are thinking “what is she doing with her life? What kind of example is she setting for her son?” Well, judging eyes, I am a great person, a college graduate, a wonderful mother, an Airman, and overall successful in life; and yes, I am covered in tattoos. I’d say I am setting a pretty good example for him. I am teaching him how to grow to be a great person, how to have ambition, to set goal and strive to reach them. I am teaching him how to set him up for success, while instilling in him, it is ok to different, to be artistic, and to be creative if he chooses to be.