I was born and raised in San Francisco California and then moved to the Inland Northwest in 2000 so my kids could go to junior and senior high school in a less gang infested area. I divorced in 2003 and moved to Spokane, WA to pursue a degree in Psychology. I got my AA at SFCC and then transferred to 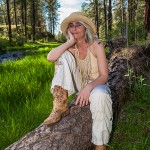 EWU for my degree in psychology. I worked in my field for almost 2 years as a psycho-social rehabilitation specialist in Coeur d’Alene working with mental health clients who needed to build their skills to manage their diagnosis and daily living expectations. Ultimately, the commute was too much and the state of Washington does not have the same type of service without a Master’s degree so I ended up working at a call center. I still work there now, even though I’m also trying to break into the Real Estate field so I’m in between 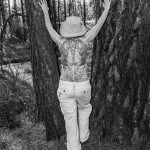 junctures in my career.

I started the work in California, but when I moved to Moscow, ID in 2000, I met the artist (Jeremy 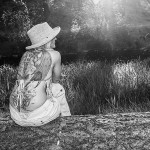 Hogan at Falling Moon) who fixed the original piece and created the finished work I have now. All told, it’s about 58 hours worth of work. The piece was inspired by a set of angel wings I saw in a tattoo magazine, but I’m no angel so my daughter suggested I go for dragon wings instead as it represents my Chinese Zodiac. The piece represents a transformation for me in that as the piece developed, I realized it was part of an alter-ego – I was an angel after all but the souls I carry haven’t made it to heaven yet and it’s my job to transport them (this will make more sense when you see the piece).